Rhinos are endangered. In total, there are only 30,000 left, across all the different populations around Africa and Asia.

Rhinos are predominantly hunted for their horns which contain keratin. 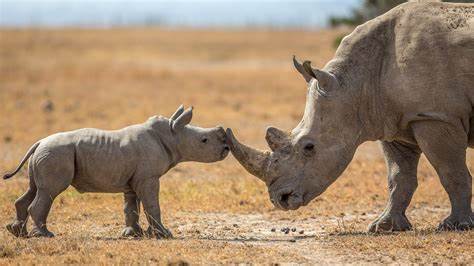 There are five species of rhino. These are:

To find out more about each species, including their population and where they live, click here.

There are also subspecies within some of the species. For example, the norhtern and southern white rhino. Unfortunately, there are now only two of the northern white rhino left in the world who are both female. The last remaining male, Sudan, died on 19th March 2018. Therefore, they have been declared functionally extinct.

You can also adopt a rhino to help protect them. A great websit for this is the WWF website. Follow this link to go straight to the right page. Once you have adopted one, you receive a soft toy, regular updates and a fact pack.